Asking artist and designer Kerby Jean-Raymond about how he sees the future won’t exactly lead you to an answer you’ll expect. “I don’t like to envision the future of my career,” he says, “because I’m way further ahead than I thought I’d be at this point. I really don’t know what’s next.”

The point he has reached professionally, after all, is pretty impressive: His brand, Pyer Moss, has been steadily gaining notoriety since he founded it in 2013; Reebok has tapped him for a multi-year deal, giving him complete creative control over a fashion-forward line for the company; and recently, the Museum of Modern Art in New York asked him to contribute an original piece to its exhibit Is Fashion Modern?. While he might not want to consider his own future, this trio of events prove that he is more than willing to spend a great deal of creative energy thinking about the future of the world.

“It’s just a wake-up call. It’s not a slap in the face. This is what we’re doing, and brace yourself—this is what fashion might have to look like in order for us to survive.”

For MoMA, he chose to reinterpret Pierre Cardin’s 1967 “Cosmos” collection based on the couturier’s vision of the world in 2017. While Jean-Raymond used Cardin’s idea to design for 50 years in the future as a starting point, he subverted the couturier’s optimism of a space-age life by considering the realities of climate change. The result was “Aquos,” a unisex ensemble that touches upon how new technology in recycling plastics can change the game for eco-fashion, as well how we might dress in a world with rising sea levels.

“I wanted to make something that looked like a dress but that served as a cautionary tale. Something you’d have to look at like, ‘Well, that’s unfortunate, but this is real,'” he says of the final garment. “It’s just a wake-up call. It’s not a slap in the face. This is what we’re doing, and brace yourself—this is what fashion might have to look like in order for us to survive.”

Of course, there is a bit of irony in creating fashion for a world affected by climate change, when the fashion industry itself is among the biggest polluters, from wasting water and poisoning it with chemical dyes to overproducing garments designed to be discarded. (Fashion, after all, is about constant change.)

This isn’t lost on Jean-Raymond. “It’s always a catch-22,” he says. To his credit, he has sought to make Pyer Moss garments as ethically as possible, paying all of his workers a living wage, keeping production in New York and Italy, and shifting toward more organic and less harmful fabrics. But there remain aspects of production that are beyond his control, especially as a smaller company.

The brand, named after his late mother, began as a nostalgic project, with Jean-Raymond reworking styles that were popular during his childhood. As it has evolved, he has increasingly added social and political commentary to the mix—a move that initially caused some backlash for the young label.

“For my Spring/Summer ’16 show, I created a documentary around Black Lives Matter, and I interviewed all these wonderful subjects, like the family of Eric Garner,” he explains, mentioning that Garner’s daughter, Erica (who passed away late last year) was among them. When news of the film broke, his scheduled venue canceled on him. After the film and the collection debuted, an editor informed Jean-Raymond that he had instructed his team to stay away from him. In the two years since, however, the industry’s mindset seems to have completely flipped.

Despite his rise as a socially conscious voice, nostalgia remains a running theme for Jean-Raymond, prompting the series, “Stories About My Parents,” whose first collection was based on his father. Though he isn’t sure when he’ll create another installment, Jean-Raymond knows that it will revolve around his mother, from whom he inherited all of his fashion ingenuity.

“She used to make stuff out of nothing” he recalls, remembering a time she turned drapes into a gown. “That’s the type of person she was. She was very creative, and just cut things up and made them into something else. If I had a stain on the bottom of my shirt, she would just hem it, and then I would go to school with a little cropped shirt. She was just very cool, wearing later ’70s and ’80s [styles] well into the ’90s.”

To focus on his MoMA contribution, Jean-Raymond placed Pyer Moss on hiatus for a season. The time off allowed him the headspace needed to envision the next chapter of the brand—a new series of collections centered around telling the stories of underserved and underrepresented communities in America. The first installment, for Fall 2018, focuses on the unknown story behind an American icon: the cowboy.

“It focuses on the story of the original cowboys, which were black men. Black slaves, actually,” he clarifies. “The word ‘cowboy’ is actually a racial slur—or started off as a racial slur—because black men weren’t supposed to be called men, they were called boys.”

The resulting show in February, which also featured his Reebok debut, was one of the most well-received and talked about at New York Fashion Week. Subtle allusions to Western motifs worked into modern silhouettes with expert tailoring, guided down the runway by a live gospel choir, roused the crowd—including some of the most influential editors and critics in the industry—into a standing ovation. It was a powerful moment that cemented Pyer Moss as a brand that would be leading the future of American fashion. 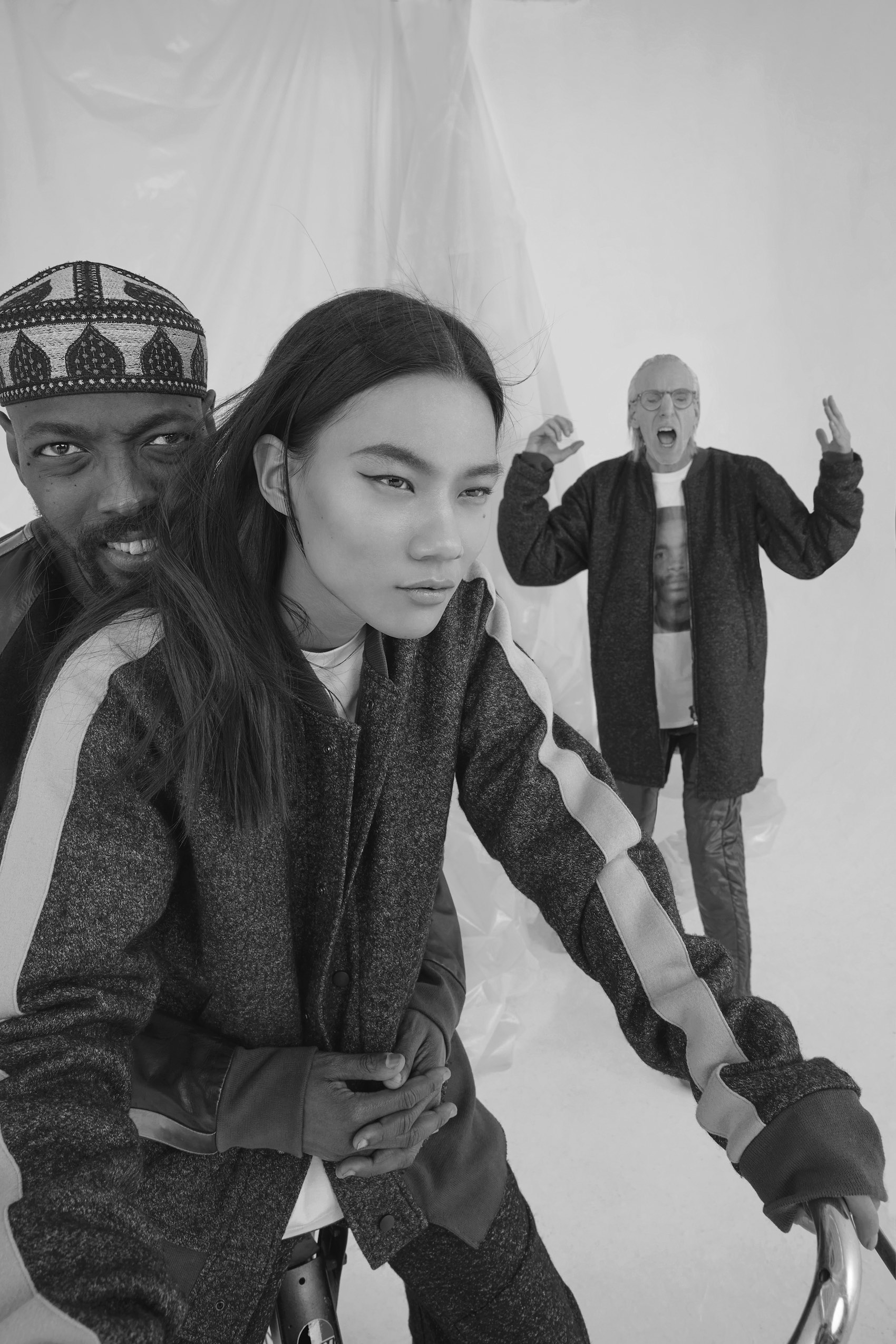 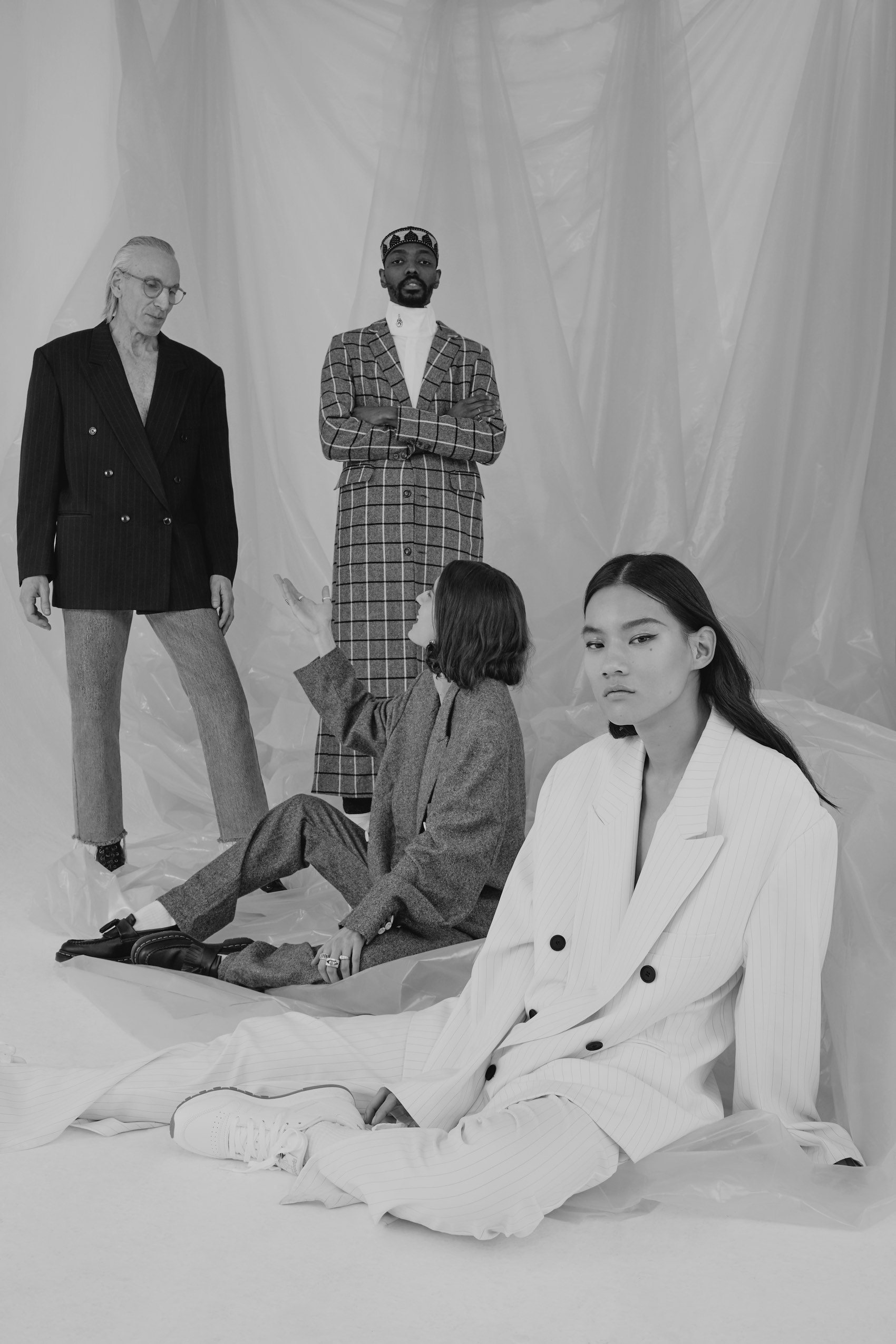 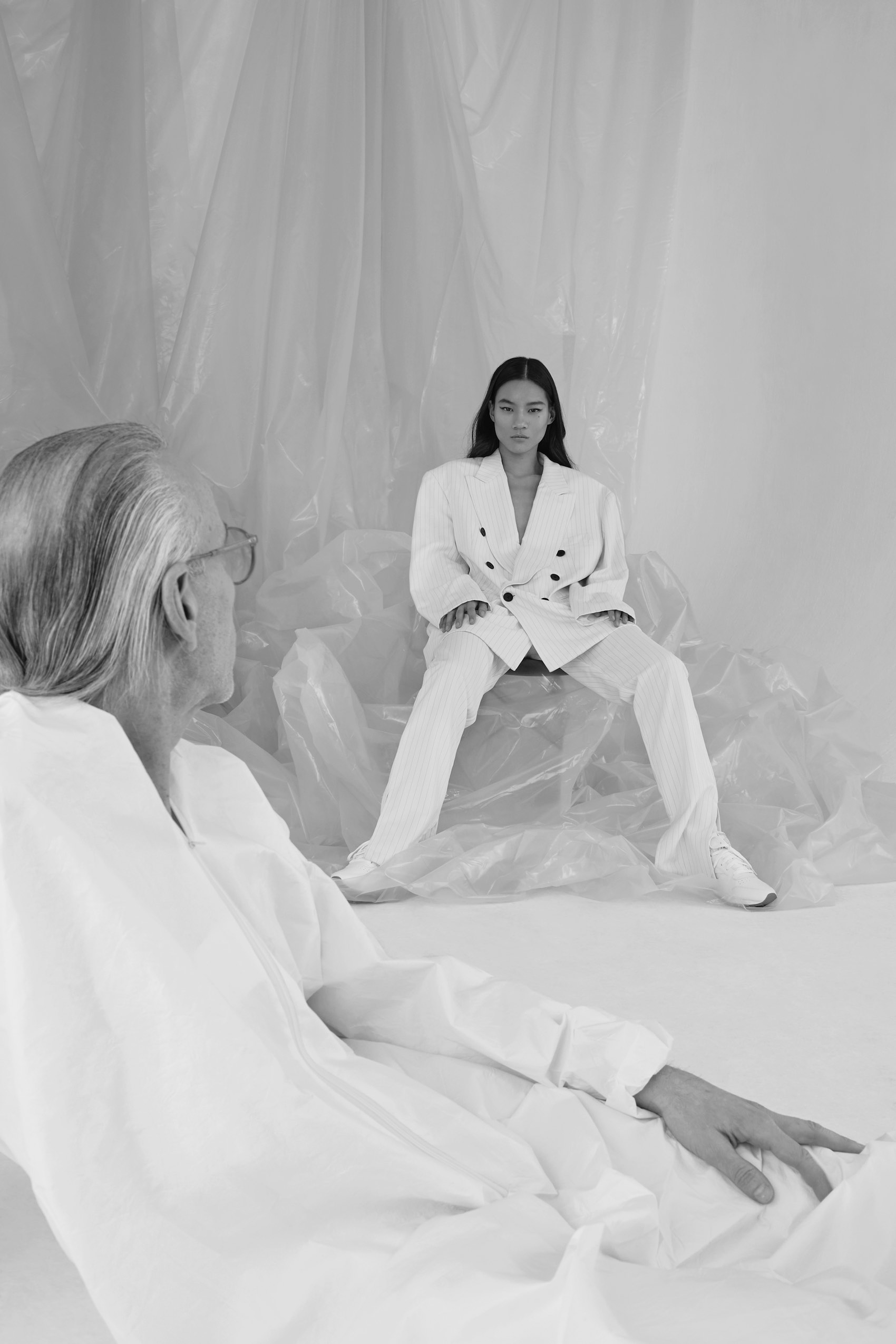 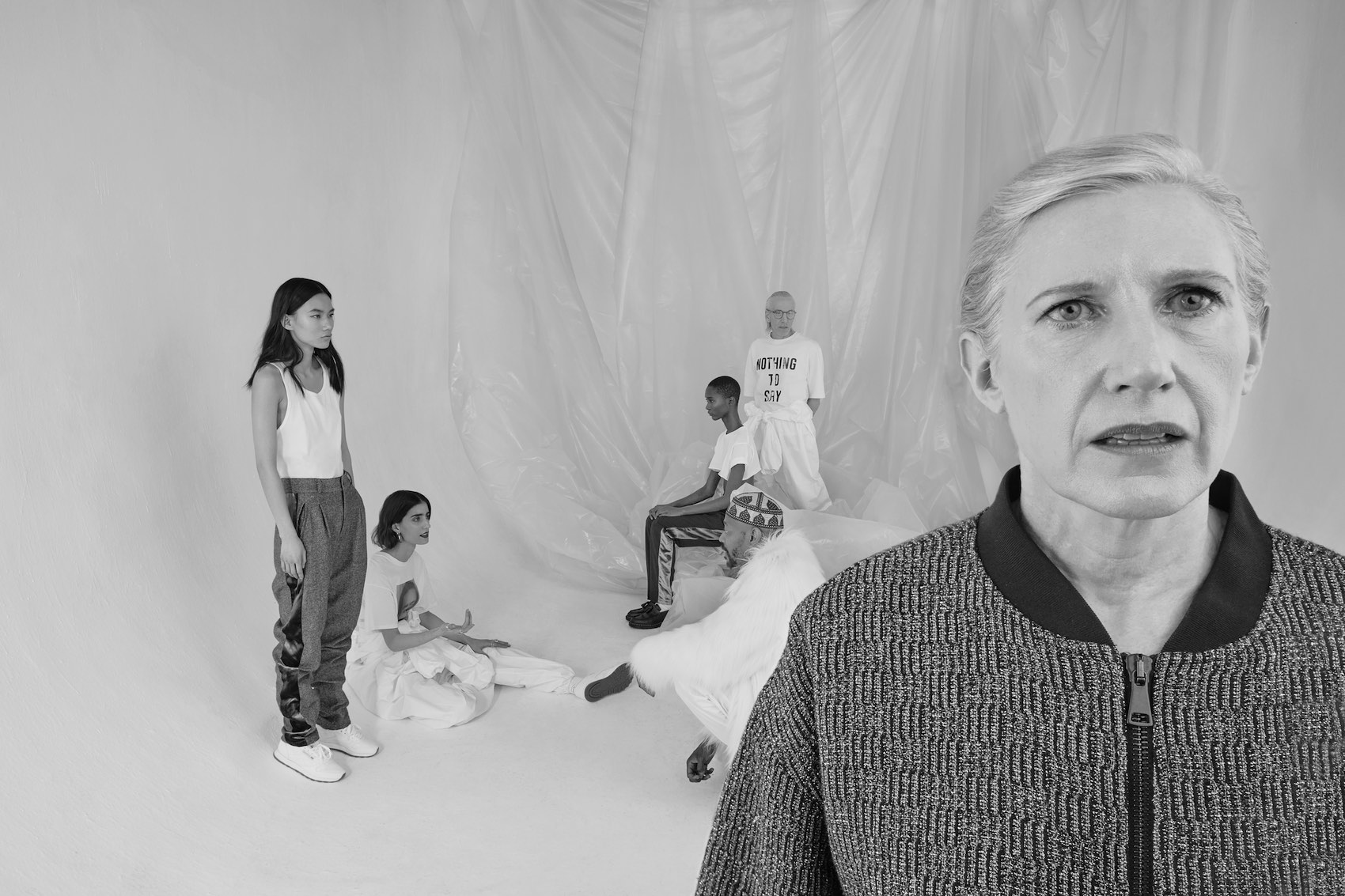 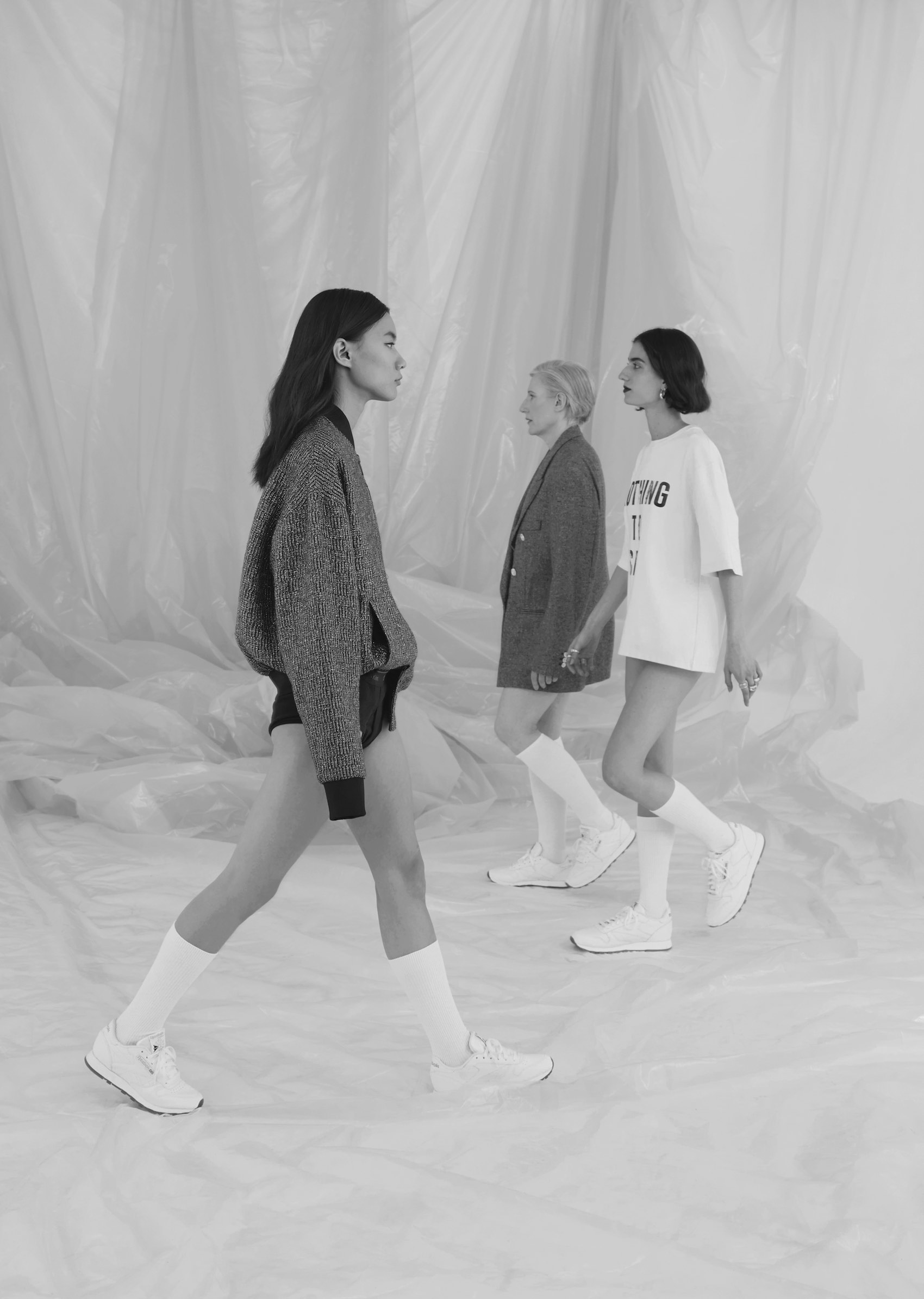 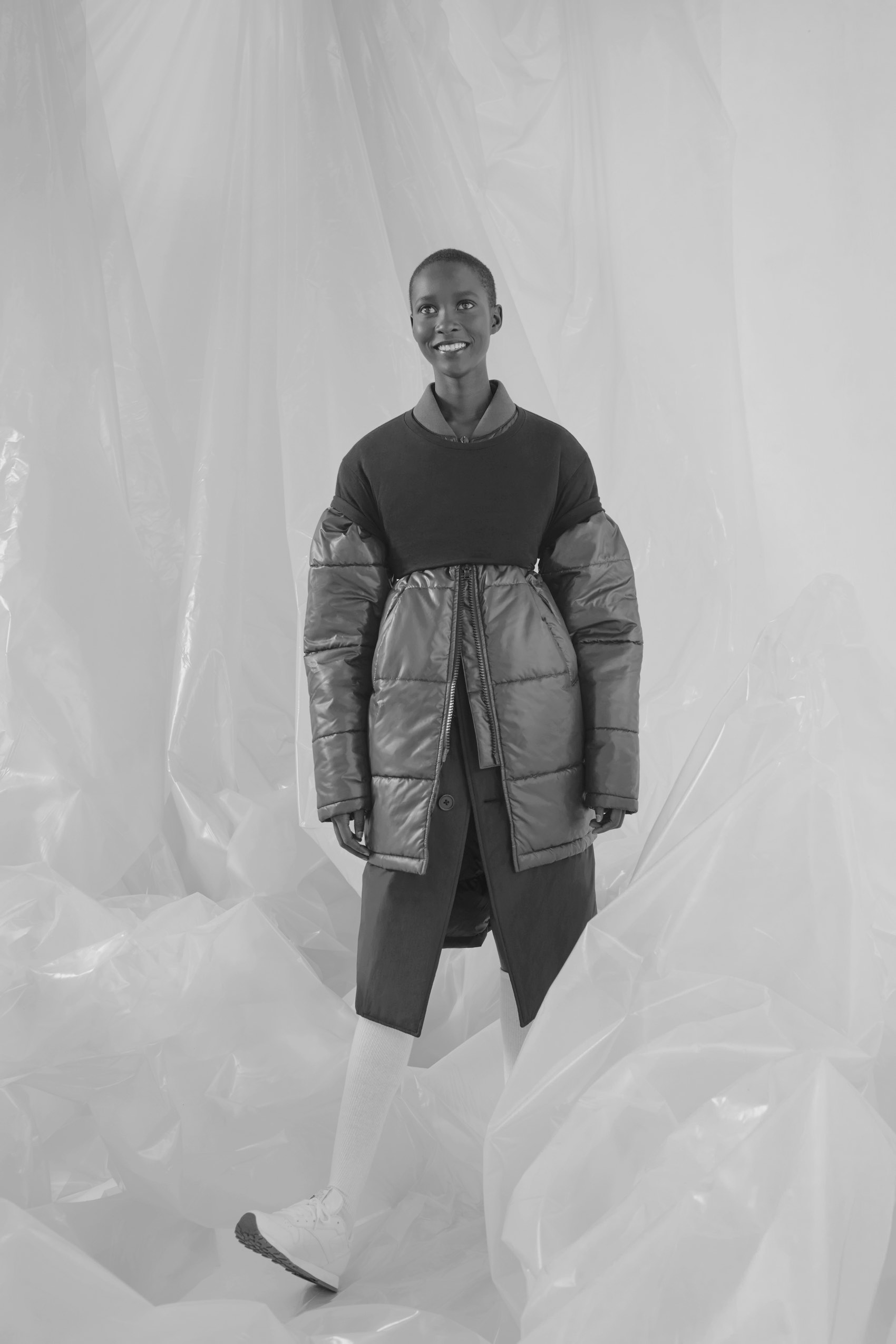 Research on the collection began six months in advance, with Jean-Raymond frequenting libraries to dig up details difficult to find online. Through his findings, he was able to understand how a functional style born out of necessity became a full-blown look and, eventually, the symbol of the American man.

“The rodeo [was] actually invented by a [black] man named Bill Pickett,” he notes, referring to the famed cowboy and performer from the early 20th century. “Unfortunately, when his life story came out in the movies, Hollywood replaced him with Orson Welles, a white man, and the story of the cowboys was eventually whitewashed.”

As he sees it, for both fashion and Hollywood, it’s an issue of power, especially when it comes to controlling the narrative of history. Designers shouldn’t be obligated to speak out on social issues, Jean-Raymond says, but he feels compelled to, both through his work and in essays published in W and Teen Vogue. It’s in large part due to efforts from individuals like him that the industry is beginning to change.

“Fashion is going through its growing pains right now, trying to figure out where it is and who belongs,” Jean-Raymond says. “I think what we’re going to find out is that everyone belongs here—that we can’t have fashion without people.” And with the countless ways people vary from body to body, the designer wonders how his industry expects to speak to everyone with only one representation. 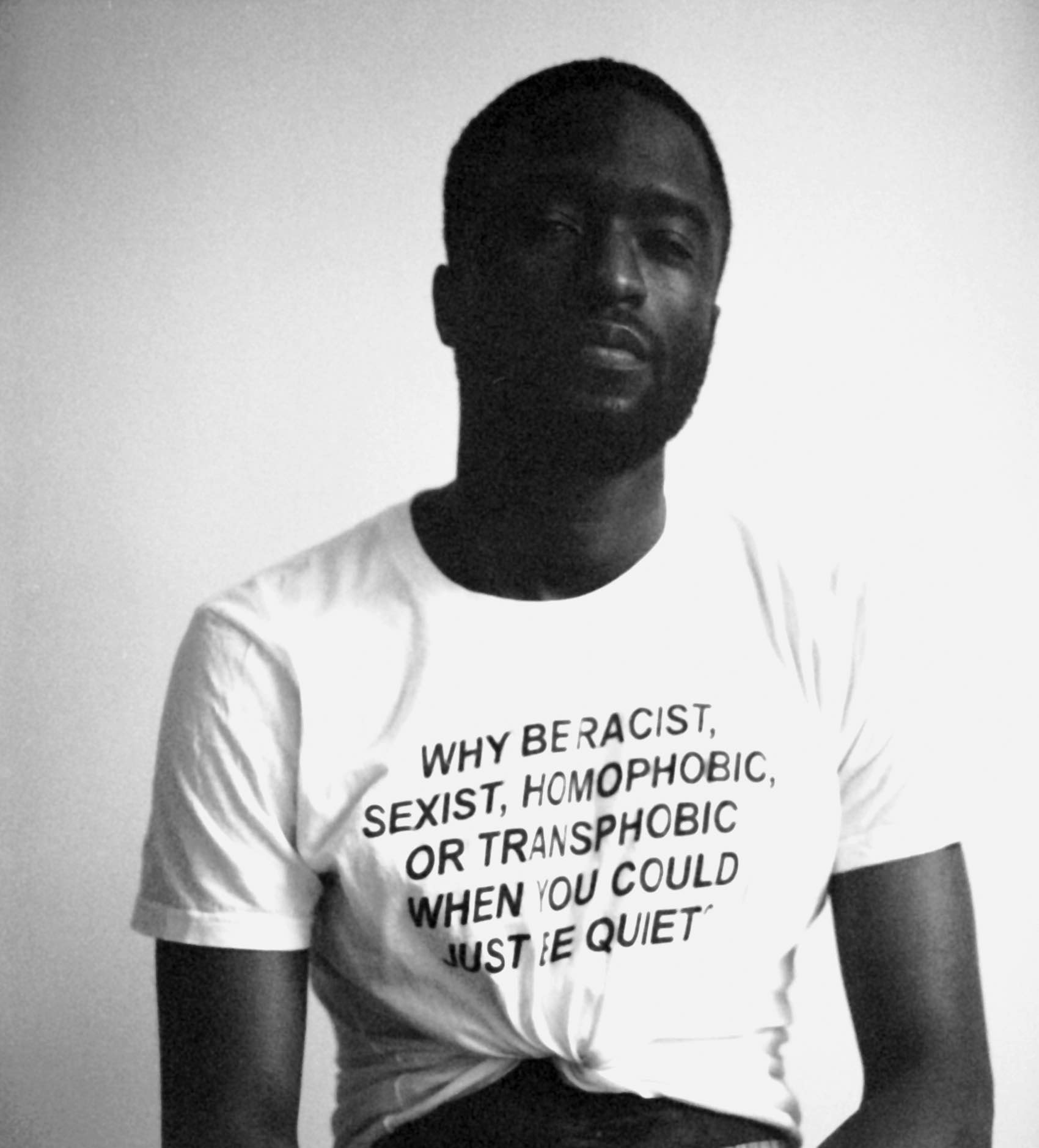 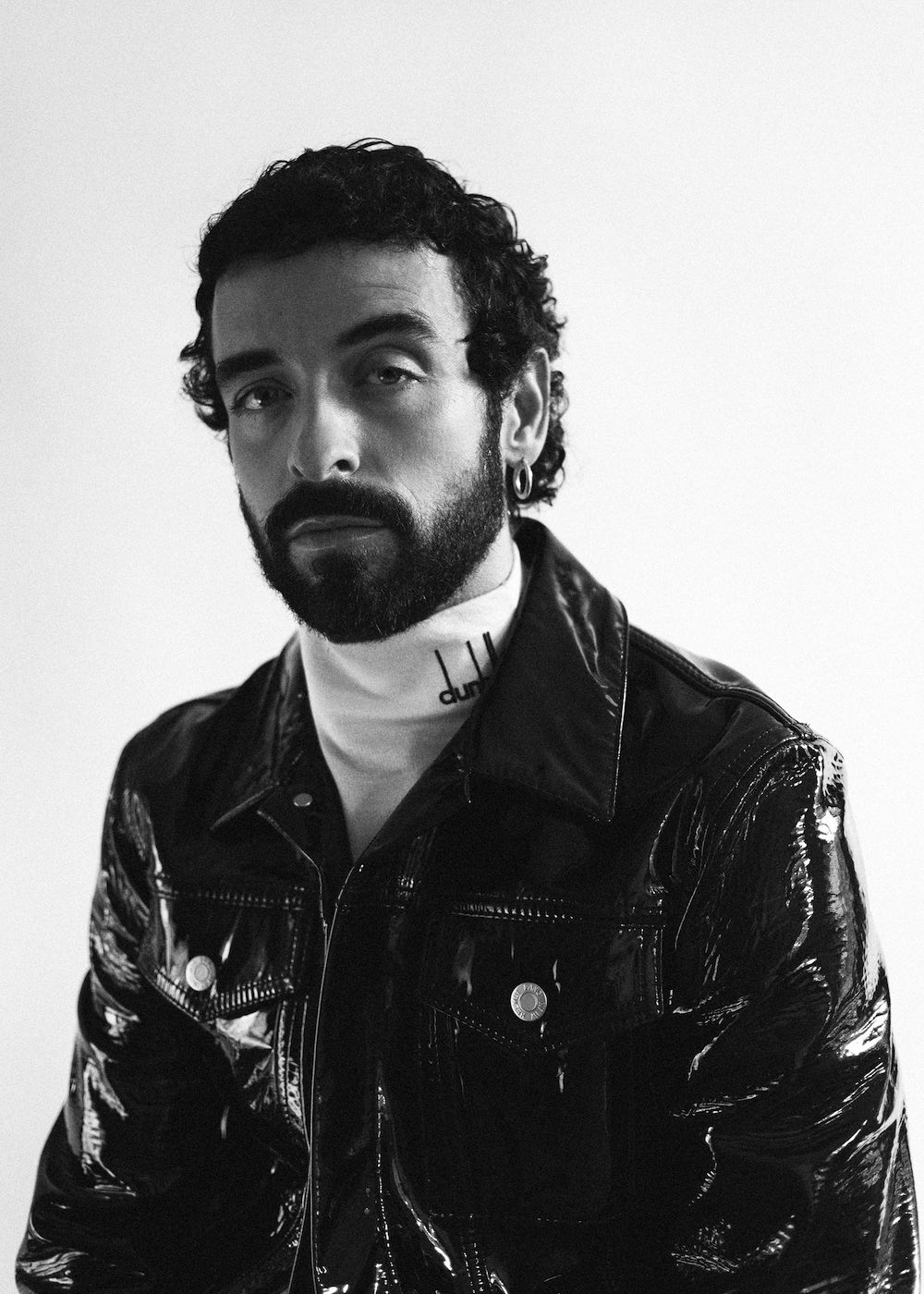