Quinn Shephard knew what she wanted at the age of 15 when she began writing the screenplay for Blame, her feature film premiering at New York’s Tribeca Film Festival this month. She moves and speaks with the kind of assurance and ease that only stems from a strong sense of self—that same resolve that enabled her to write, direct, produce, edit, and star in a feature film at such a young age, while also arriving an hour early to the shoot location to ensure she wasn’t late. The extra hour led her to discover dandelion coffee, which she labeled “revolutionary,” before easing onto set. Now 22 and gearing up to premiere Blame alongside industry veterans, Shephard is someone you’ll want to keep watching.

Her presence in front of the camera is infectious—after all, she did have her screen debut at the age of 4 in the French film Harrison‘s Flowers—but her mind always seems to wander to the other side of it. Shephard asks the photographer if she can look at some of the shots to see how the clothing moves and translates on screen, mirroring her mindset as an artist—she is both performer and director. Her success stems from an inherent quality of knowing what she wants and how she wants it done, a quality that can be traced back to her early filmmaking days.

Shephard grew up in the picturesque suburban town of Metuchen, New Jersey, the epitome of the all-American, Norman Rockwell-esque place where everyone knows everything about everyone, a reality that Shephard didn’t feel at peace with.

“I felt so offbeat when I was younger — I was very much an escapist,” says Shephard, who would ride into New York City with her mom, an actress and dancer at the time, for mother-daughter auditions. “I used acting, literature, reading, and films to create these other worlds that I would live in from the time that I was 10 or 11 years old.” She slipped in and out of characters, finding comfort in fiction that she couldn’t find in those around her. “I went through a phase for a year where I was obsessed with Japanese culture and dressing like gothic Lolita,” she recalls. Her will to create was the driving force of every one of her short films in middle school. She jokes about how she had to wrangle classmates to take her 15-page psychological thriller seriously. As far as she was concerned, high school film showcases were the Academy Awards. 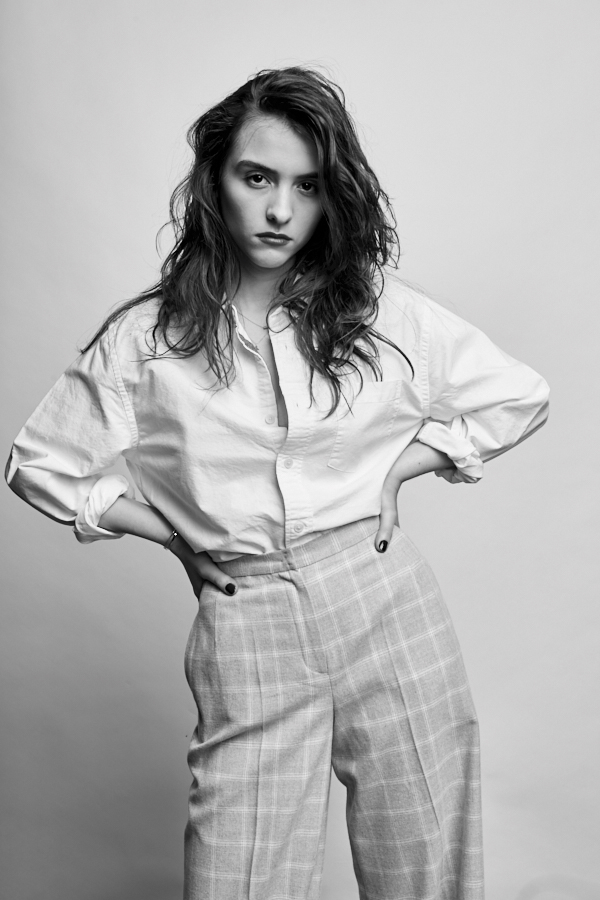 Her upbringing mirrors many elements in Blame. The same year she began writing the film, she played Abigail Williams in a regional theater production of Arthur Miller’s The Crucible and delved into extensive character research, eventually coming to sympathize with Abigail despite her circumstances. Shephard’s passion for the Salem witch trials and interest in the concept of mass hysteria—especially in thinking of her own small town—captivated her. “When [The Crucible] was over, I was really lost,” she recalls. “I’m like, I can’t go back to real life now, I have this awesome escape.”

She began thinking about what Abigail Williams’s story would look like with a more sympathetic view set in the present, and her imagination spilled into words. She wrote Blame, set at a small suburban high school where Abigail (played by Shephard) is an outcast who seeks solace in the worlds of the characters in her books, much to the amusement of her manipulative classmate Melissa (Nadia Alexander). When an intriguing new drama teacher, Jeremy (Chris Messina), casts Abigail over Melissa in The Crucible, Abigail’s confidence blooms, but soon her relationship with Jeremy begins to move beyond fantasy, striking a nerve in Melissa. Blame also struck the general public; it sold out at the Tribeca Film Festival in seven minutes.

The screenplay’s first draft is a very dramatic Black Swan meets Fatal Attraction, she says, one that’s now buried in a 12-inch binder in her New Jersey home along with the other 20 castaways. Shephard’s early acting days lent familiarity to the writing process, but she spent the next few years writing and re-writing––not stopping until a week before she began production at 20 years old.

In an industry saturated with content, Shephard stands out by breaking the rules. For Blame, it all began with the casting choices. With her mom taking on the role of casting director, they were never concerned with ticking the boxes that studios insist upon. “She and I both feel really strongly about casting the right actors and not letting politics come into play with how famous people are and what their name is and their social media,” Shephard says. Nadia Alexander, her co-lead, was hesitant to audition for the role of Melissa because she thought her petite, tomboy nature didn’t fit the stereotypical mean girl that the character originally called for. On paper, Alexander wasn’t what a casting director might choose, but Shephard was looking for an innate quality in her actors, one that embodied the core of each character beyond the surface.

From the moment Shephard began taking meetings for Blame at 18, her clear vision and preparation was a driving force behind why people took her seriously. “I think if you really know your shit, then people go, why bother belittling her?” she says. Her knowledge intercepted most of the potential criticism that could have come her way over the course of making the film, be it her age, gender, or the label of “actress who wants to direct.” “I was so worried about people thinking I was inexperienced that I think I overcompensated,” Shephard says, recalling how many of the people she worked with told her she was the most opinionated director they’ve ever collaborated with.

Although Shephard believes she has more to say as a director, her experience as an actress helped mold her perception of how she wants to portray female characters in her films. Exhausted by reading scripts that describe the majority of female characters by their physical appearances, Shephard made sure that complexity of character were the focus in hers.

Breaking the industry’s deeply rooted and stigmatized representation of female characters, Shephard says, must begin with valuing art over the politics of the industry. She’s always been drawn to interesting, offbeat actors, people who also value their craft and aren’t just about publicity. The authenticity in her casting choices led to genuine performances that test audiences have responded to. “This isn’t some Hollywood, written by some 50-year-old man, bullshit version of high school,” she says, “This really feels like something that I went through.”

Shephard doesn’t plan on halting the hustle anytime soon—but she is going to take a plethora of baths and buy plants for her future Bushwick apartment after the whirlwind of the film festival fizzles down. Then she’ll be back, ready to immerse herself in new stories with old passion passed on from her 15-year-old self, a passion that will forever live on in a compilation of pixels called Blame. 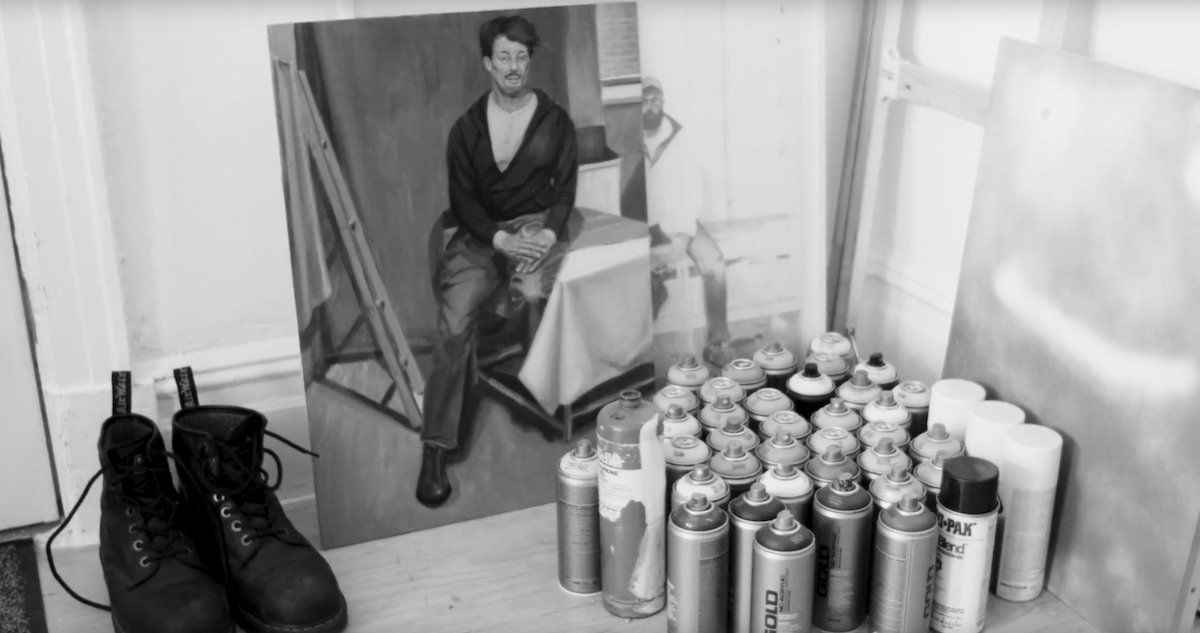